Adaptors and Innovators at Mindful Play

When we play, we create fresh and new meanings expressing our creativity. The deep connection between free playing, learning and creativity has been studied by researchers such as Csikszentmihalyi (2008) and Bruce (2005) and also by the LEGO Learning Institute (2010). As Bruce has noted, the nature of play is an active process that is intrinsically motivated. During play, players explore alternative worlds through imagination which can lift their creativity to their highest levels of functioning. Creative activities enable players to demonstrate mastery or competence they have developed from previous experiences which may include struggles, manipulations and exploration. It is during these activities that they get a chance to reflect and become aware of what they know. The significance of play is that it provides a powerful mechanism to bring together what we have learned and to generate insights for future.

Both children and adults play in solitary or partnership mode. They often play to break from established methods and conventions, in order to experiment inside a rich world of imagination and to push themselves to find new frontiers. More and more companies are using playful learning as a desirable approach to simulate alternative realities and future scenarios in order to accelerate their product, process and business model innovations. For example, many companies use the Lego Serious Play method to develop new business strategies and guiding principles. It is used as a structured and voluntary activity that involves and stimulates the imagination of problem solvers. With time and space as constraints, and structured by rules and conventions, participants draw on elements of fantasy and creative imagination to explore guiding principles of strategy development [See: The Science of Lego Serious Play (2006)]. Other examples of games often used by corporations include the Beer Distribution Game from MIT Sloan School of Management [Sterman (1989)] that simulates the supply chain optimization and the Manufacturing Game by Ledet and Paich (1994) that simulates the plant operations, as well as a range of other commercial and noncommercial business simulations and games.

Csikszentmihalyi (2008) introduced the idea of the link between creativity and a state of “flow.” According to Csikszentmihalyi, flow is the experience of being enjoyably immersed in a challenging task. These moments occur when a person’s body or mind is stretched to its limits in a voluntary effort to accomplish something both difficult and worthwhile. This is the essence of playful learning.

Flow is the experience of being enjoyably immersed in a challenging task. 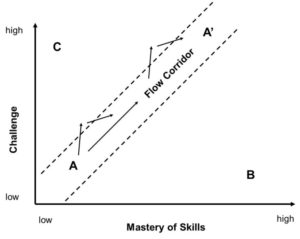 Figure 1: The State of “Flow” and Creativity (adapted from Csikszentmihalyi, 2008)

Adaptors and Innovators and the Creation of Novelty

Creativity and problem solving skills create novelty, often termed “innovation.” Equating “creativity” and “innovation” can evoke misguided conceptions, which often times remain unpronounced but can be very powerful and, in being so, damaging. “Breakthrough” has so much been associated with “thinking out of the box” that KP Coyne et al [2007] wrote a highly regarded Harvard Business Review article entitled “Breakthrough Thinking from Inside the Box.” Advocating only “thinking outside the box” is dangerous as it leads to an under-appreciation of the creative style of those who prefer to find breakthrough solutions from the prevailing paradigm. The often implicit assumption is: “creative” = “innovative” = “good.” A careful observer of how people solve problems in a ludic environment can see how flawed such a conception is. A range of styles, from a meticulously planned and executed strategy to a “let’s try and see what happens” approach is applied by different people—and successful in some but risky in other situations or games.

Underlying such observations of diversity in problem-solving are the principles of the Adaption-Innovation Theory, developed by British psychologist Dr. Michael Kirton (2009). Over the past decades, this theory has demonstrated a high degree of practical relevance for understanding people’s creativity, and it provides strong guidelines for how to bring a highly important resource within organizations—the diversity of their people—to its full potential.

The Adaption-Innovation Theory is founded on two assumptions. First, creativity, decision making and problem solving are outcomes of the same brain functions. And second, all people are creative, able to make decisions and solve problems. The theory sharply distinguishes between level and style of doing so and is concerned only with style. Kirton’s Adaption-Innovation Theory comes along with one of the best-validated psychometric instruments (KAI), which allows measuring an individual’s creative style. Intelligence, talent or learnt level (such as management competency), are evaluated by other measures. Research has found no correlation between how much (level) creativity a person has and in what way (style) a person is creative. Creativity style (also known as problem solving style or cognitive style) is defined as a “strategic, stable characteristic—the preferred way in which people respond to and seek to bring about change” (including the solution of problems). Cognitive style is defined on a bipolar continuum that ranges from high Adaption to high Innovation. The key distinguishing factor between individuals who are more adaptive and those who are more innovative (using relative terms, as befits a continuous model) is the type and amount of structure they prefer when solving problems, whatever the difficulty (i.e., level) of those problems may be.

Key to understanding the theory and its implications is what is known as the “paradox of structure:” In creativity, problem solving and decision making, structure is both enabling and limiting. Adaptive and innovative problem solvers manage this paradox differently. A more adaptive person would tend to produce fewer but more well-thought-out ideas. They investigate and capitalize on the properties “inside the box” of a system, and they tend to be concerned about maintaining team coherence. A more innovative person produces more “wild” ideas and is not overly concerned about their immediate applicability. They think “outside the box” and seek to make system-rules irrelevant. They also tend be less concerned about keeping everyone engaged. Among different individuals of a large population, there is a continuous range of styles, from a very adaptive to a very innovative one. Few people are found on the extremes and most have a preferred style that is somewhere in the middle. Which style is more conducive to producing a breakthrough most often can’t be defined a priori. For that reason, and in order to collaborate with people who have another preferred style, most individuals have developed what is called an ability to “cope,” which is the ability to work outside their preferred style. Problem solving teams are also encouraged to cover a range of styles through their team members, which brings with it the need to manage the resulting diversity and make it a healthy and productive collaboration.

In our search for a simple, ludic simulation that allows teams to experience the impact of creative style on a team’s problem solving, we have identified an interesting exercise. We first introduce the participants to the Adaption-Innovation Theory and also assess their individual cognitive styles. That allows us to form teams of people with similar styles. We then hand out simple construction materials to the teams and let them build a tower. The winning team is the one that builds the tallest structure within a set amount of time and other constraints.

This simple exercise allows team members to experience how people of similar creative styles collaborate and demonstrate their creativity. How the teams address the construction challenge also is predictable on the basis of each team’s composition of creative styles. Commonly observed team behaviors and characteristics of problem solving from the simulation are described in Table 1. For example, the more adaptive teams tend to accept the design challenge as given to them, discuss a consensually accepted method to solve the challenge, and generate ideas with the focus on the practical implementation of these ideas. The more innovative teams, on the other hand, may reframe the design challenge as originally given, and generate a large number of ideas with less concern about the ease and practical nature of the implementation details. The simulation highlights the advantages and disadvantages of teams with homogenous styles.

On the other hand, when teams are formed with a diversity of style and level, they are capable of solving more complex problems, if they appreciate each other’s style. Teams with a certain diversity of styles display predictable and interesting patterns of interaction with each other in their way of solving the problem. The debriefing of this simulation provides teams with insight applicable to their daily work and to how they address major challenges in which multiple people will work together in order to solve it.

Table 1: Adaptive and Innovative Style of Problem Solving and Creativity

Knowing the team members’ problem solving style is an important factor to understanding the richness and complexity of design challenges. Solutions to more complex design problems are likely to involve both more adaptive and more innovative elements. This runs counter to the conventional wisdom and people’s intuitive approach of favoring only homogeneous problem solving teams. Depending on the situation, both adaptive and innovative problem solving styles can lead to breakthrough. Cognitive diversity in a problem solving team must be managed well for the original design problem to be solved successfully; a solid understanding of cognitive diversity within the design context is a critical first step.

Engaging adaptors and innovators in mindful play enables demonstration of their creativity, problem solving and decision making in unique ways. The mindful play provides a platform for teams to set up clear goals, engage in challenging activities that require skills, merge action and awareness in complete concentration, and be in a state of flow. It offers opportunities to collaborate by exercising autonomy, mastery and sense of purpose, as well as by receiving feedback from each other and by being fully engaged.

Phil Samuel, Ph.D., is chief innovation officer for the Lean Methods Group. He is a highly regarded thought leader in performance excellence methodology studies including innovation, Six Sigma, Lean, Design for Six Sigma and change leadership. Michael Ohler, Ph.D., is a principal at the Lean Methods Group, with more than 20 years of experience as a scientist and performance professional. He is a certified Lean Six Sigma Master Black Belt and Kirton Adaption-Innovation Facilitator, as well as an innovation expert.